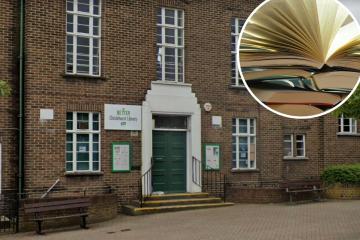 Bromley Council have moved to water down concerns over a lack of publicly-available information on plans to redevelop Chislehurst Library.

The authority’s renewal and housing scrutiny board provided a brief update on the proposals to market and redevelop the library at their September 2 meeting.

They revealed there had been 16 proposals put forward by developers interested in the historic building, with three seriously considered behind closed doors by the committee.

The authority also revealed at the meeting the basic details surrounding the plan would be released in the minutes, after concerns were raised about the lack of information released to the public on the project.

It’s the second time the council has tried to sell-off the library after an unsuccessful attempt in 2014.

Both times the council has pursued a developer keen on a mixed-use or residential development with a new library on the site.

During questioning, councillors were assured that once a design for the project was selected it would be “subject to a full (public) consultation”.

Committee chair Michael Rutherford asked for assurance that a temporary library at Chislehurst would be available during the development.

Portfolio holder for renewal and housing, Peter Morgan, told him he could “definitely give that reassurance”.

“We always intended there would be a temporary library during construction and a brand new library thereafter,” he told members.

He added the intention was to have the temporary library installed on the car park across the road, behind the post office, but they were also open to finding “better sites”.

While no designs are available yet, Cllr Morgan said the new library will “certainly” be “as close as possible” in size to the current library.

While establishing a timescale is a “moveable feast”, Cllr Morgan said he was confident work would start within 12 months.

The committee’s findings are now set to face a future meeting of Bromley’s executive.