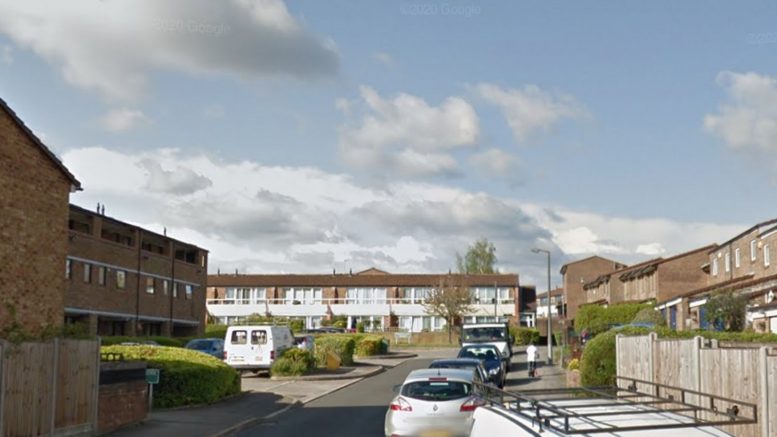 A woman and a child were rescued by firefighters from the upstairs window of a burning house in Orpington on Thursday.

The cause of the fire is now under investigation by the London Fire Brigade (LFB) and the Met Police.

Firefighters were called to Shalford Close in Orpington on Thursday, November 5, to find the ground floor of a mid-terraced house alight.

Leading Firefighter Steven Board, who was at the scene, said: “The hallway of the house was alight, blocking a safe escape route for the residents inside.

“The Brigade’s 999 Control Officers gave vital fire survival guidance to a woman and a child who were in an upstairs bedroom at the rear of the house on how to stay safe before crews arrived.

“On arrival, firefighters noticed a light shining from the bedroom and pitched a short extension ladder to the first floor of the house.

We assisted the woman and the child down the ladder to safety who were then taken to hospital by London Ambulance Service crews.

“Crews worked swiftly to bring the fire under control and make sure that everyone was safely out of the building.”

The LFB were called at around 2:30am, with three fire engines attending the scene.

The cause of the fire is under investigation by the Brigade and the Metropolitan Police Service.