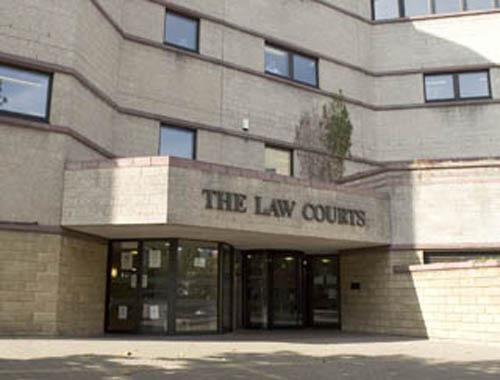 A violent sexual predator who hit a teenage girl over the head, before dragging her into bushes and raping her, has been jailed for life.

Appearing before Croydon Crown Court on Wednesday, December 16, William Trotter, 39, of Dagonet Road, Bromley was sentenced to life imprisonment, to serve a minimum of 12 years.

Trotter had previously been found guilty of rape and kidnap with intent to commit a sexual offence following a 12-day trial at the same court. He was jailed for eight years for the kidnap, to run concurrently. He is also to remain on licence and on the sex offenders’ register for life.

On Thursday, March 19, the victim had left a friend’s house in Petts Wood, Bromley and she walked to see another friend in Orpington, but found they were not home.

From there, the victim decided to get the N199 bus to Bromley to see her boyfriend.

As Trotter boarded the bus, the victim got off before realising she had got off at the wrong stop and re-boarded the bus behind Trotter.

The case was heard at Croydon Crown Court

The pair engaged in conversation for a matter of seconds before sitting down.

As the bus approached the next stop, the victim stood up in preparation to leave, as did Trotter.

The victim got off the bus when it stopped at the Southborough Library bus stop, turned right and began walking down Southborough Lane towards Turpington Lane.

Trotter paused momentarily and then got off the bus but initially turned left, as if to head in the opposite direction to the victim.

The court heard that when he initially got on the bus Trotter asked the driver if the bus went to Downham. The stop where he got off was nowhere near his apparent intended destination.

As the bus pulled away, the nearside camera of the bus captured Trotter starting to run down Southborough Lane in the same direction that the victim was walking.

Trotter pursued the victim as she walked along Turpington Lane.

As soon as she had crossed the road, near to a grassy area, Trotter hit the victim over the right side of her head with an unknown object.

The force of the blow knocked her to the ground.

Trotter then dragged the victim into some bushes where he raped her.

The court heard testimony from a witness who heard the victims’ terrified screams and saw Trotter leaning over her.

The witness immediately called police who arrived within four minutes of receiving the 999 call.

As officers arrived, the victim stumbled out of the bushes.

Officers saw Trotter in the bushes and moved to apprehend him. As they did so, he fled the scene climbing over a fence into nearby allotments.

Following this appeal numerous people, including former partners, came forward identifying the man in the image as William Trotter.

At the same time this appeal was issued, Trotter fled to Scotland in an apparent bid to evade justice. He stayed with a relative whom he lied to about the reason behind his sudden arrival.

Detectives launched an immediate manhunt and Trotter was tracked down back in London. When officers arrested him, he gave a false name and attempted to flee again.

During the trial the jury heard that DNA evidence from a plastic bag that Trotter was carrying and later recovered from the scene carried the profiles of both Trotter and the victim.

Police tracked down Trotter after a successful public appeal

The investigation was led by the Met’s South Area Safeguarding Unit who investigate rape and sexual offences.

Detective Constable Penelope Rea, the investigating officer, said: “The victim, a young woman, has been through a terrible ordeal and continues to show strength and courage. While nothing will ever take away the trauma of what happened I hope that the sentence handed down today can begin to help her close this chapter of her life.

“Trotter is a dangerous sexual offender who has been taken off the streets thanks to a number of organisations working together to identify and ultimately apprehend Trotter. We are grateful to Police Scotland for their assistance and to TfL in providing valuable evidence that has helped secure this conviction.

“This case serves to highlight our dedication to apprehending sexual predators and bringing them to justice.”

Judge Elizabeth Lowe at Croydon Crown Court commented that the immediate impact of watching the CCTV relating to the offence was horrific and that he had haunted his young victim’s life and had a massive impact on her personal circumstances. She added that he had demonstrated no remorse and put everyone unnecessarily through a trial despite overwhelming evidence against him.

She told Trotter he was a serial violent predator and an extreme risk to the public and therefore in her view a life sentence was justified.