A video showing an insane driver towing away a car and violently smashing it into several other cars in Abbey Wood has gone viral.

The video shows a tow truck dragging alone a white car along the street, seemingly crashing into cars repeatedly on purpose.

Since it was shared, the clip has been viewed nearly 250,000 times on Twitter.

The incident took place on Congress Road in Abbey Wood, reportedly on Monday, November 16. Police have been contacted for more information. 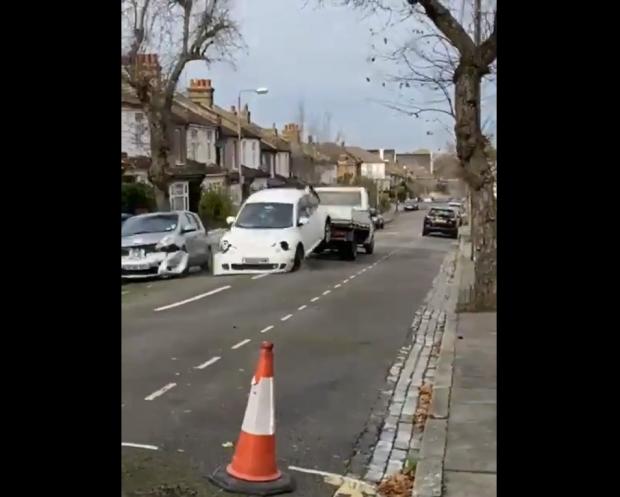 Witnesses reported that several cars were written off by the damage caused, before the towed car was found dumped at the nearby Thistlebrook camp.

Six vehicles were hit on Congress Road, whilst more were damaged on neighbouring roads.

The clip was shared by London & UK Crime (@CrimeLdn), with permissions granted to the News Shopper.

If anyone has information about the incident, they are advised to contact the Met Police on 101.

Almost 700 galleries, theatres, cultural institutions and sector workers have applied for help from the Mayor of London during the coronavirus pandemic. This Is Local London…

A man has been charged with the murder of a 37-year-old man. This Is Local London…

A man has been arrested on suspicion of murder after a fatal stabbing. This Is Local London…

Sanitary products should be made available for free at Brent Civic Centre to help tackle period poverty, councillors have said. This Is Local London…

Richmond has been named among the happiest places to live in Britain. This Is Local London…