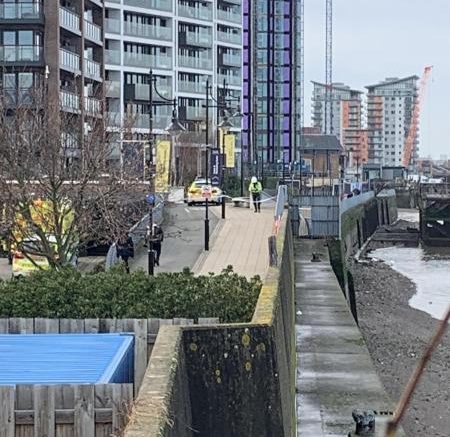 The body of a woman has been found in the River Thames by the Woolwich Arsenal Pier.

The death is being treated as unexplained, and whilst formal identification has not yet taken place, the victims’s family have been informed.

A Met Police spokesperson said officers were called at 11:39am on Wednesday, December 9, to reports of a body found in the River Thames.

Officers, including the Marine Policing Unit attended the Woolwich Arsenal Pier and the body of a woman was recovered from the river.

The woman, believed to be 40 years old, was sadly confirmed dead at the scene.

“Her next of kin have been informed,” said police.

“Formal identification has not taken place. A special post-mortem will be held in due course.

“The death is currently being treated as unexplained. Enquiries continue.”

A witness at the scene said they saw a body being recovered from the river at around midday on the Royal Arsenal estate.

The witness reported police and incident response units quickly arriving, and a body bag being produced.